The undefeated Titans are healing up from the NFL´s first COVID-19 outbreak.

Not only does Tennessee have defensive lineman DaQuan Jones back for his second straight game after having been on the reserve/COVID-19 list, defensive lineman Jeffery Simmons, wide receiver Adam Humphries and cornerback Kristian Fulton also are back.

Wide receiver Cameron Batson, a member of the practice squad who had been on that reserve list, also is active after being promoted for this game.

Cleveland quarterback Baker Mayfield will have his full complement of wide receivers of the team´s visit to Pittsburgh. Wide receiver Odell Beckham Jr. is active after twice testing negative for the coronavirus. Starting guard Wyatt Teller is out, with former Steelers offensive lineman Chris Hubbard starting in Teller´s place.

Cleveland safeties Ronnie Harrison (concussion) and Karl Joseph (hamstring) are also out. Sheldrick Redwine, who had a fourth-quarter pick against Indianapolis last week, will start alongside Andrew Sendejo.

The unbeaten Steelers will be without Pro Bowl guard David DeCastro and wide receiver Diontae Johnson. DeCastro will miss his third game of the season after sustaining an abdominal injury last week against Philadelphia. DeCastro sat out Weeks 1 and 2 with a knee injury. 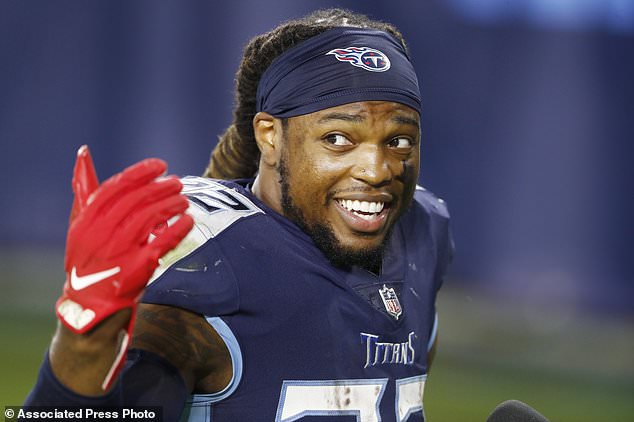 Rookie Kevin Dotson will start in place of DeCastro. Johnson, Pittsburgh´s second-leading receiver, is out because of a back injury suffered on a punt return last week.

Minnesota´s Alexander Mattison gets his first career start at running back for Dalvin Cook, who hurt his groin last week. Right guard Dru Samia´s absence to a wrist injury also paves the way for rookie Ezra Cleveland to make his debut in the lineup.

Jacksonville Jaguars receiver DJ Chark is active and in the starting lineup against Detroit. Chark (ankle) had been listed as questionable, but he tested his ankle during pre-game warmups and felt good enough to play.

Center Frank Ragnow, listed as questionable with a groin injury, is active for the Lions.

Indianapolis Pro Bowl linebacker Darius Leonard will miss his second straight game with an injured groin. He said Thursday he was hopeful of playing Sunday, but the Colts listed him as doubtful following Friday´s practice.

The Panthers will be without versatile No. 3 wide receiver Curtis Samuel for Sunday´s game against the Bears. Samuel was listed as questionable on Friday with a knee injury, but the Panthers elected to keep him out of the game.

Also, P.J. Walker replaces Will Grier as Carolina´s No. 2 quarterback this week as Grier is inactive. For the Bears, interior defensive linemen Daniel McCullers and John Jenkins are active.

The Eagles are down to one starting offensive lineman with right tackle Lane Johnson inactive because of an ankle injury and right guard Matt Pryor on the COVID-19 list. Only center Jason Kelce remains from Philadelphia´s original starting five.

The Patriots and Broncos are scheduled to finally play their twice-postponed game following an outbreak of coronavirus cases that affected players on both teams.

New England quarterback Cam Newton and Stephon Gilmore are both expected to be in the lineup after testing positive with COVID-19 earlier this month.

But the Patriots won´t have offensive lineman Shaq Mason or defensive lineman Derek Rivers after both were added to the reserve/COVID-19 list on Saturday, as was running back Sony Michel, who was already on injured reserve with a leg injury. Denver running backs coach Curtis Modkins also tested positive and didn’t make the trip to New England.

The Broncos will be also without multiple key players. Melvin Gordon is inactive after he was cited by Denver police for driving under the influence and speeding last week. Gordon is coming off a season-high 107 rushing yards and two TDs in Week 4.

Washington quarterback Dwayne Haskins, who lost his starting job more than a week ago and missed practice this week because of a stomach illness, was inactive for Sunday´s game against the Giants.

The Giants got some good news as DT Dexter Lawrence (knee) and WR Darius Slayton (foot) were active. They had been listed as questionable on Friday. Linebacker David Mayo, who missed the first five games of the season following knee surgery, was active. He was taken off injured reserve on Friday. Mayo started 13 games last season.

These infrastructure stocks could rise up to 41%...

Americans debate what COVID-19 vaccine they want, but...

California becomes the second state with more than...

European stocks up for third straight day as...